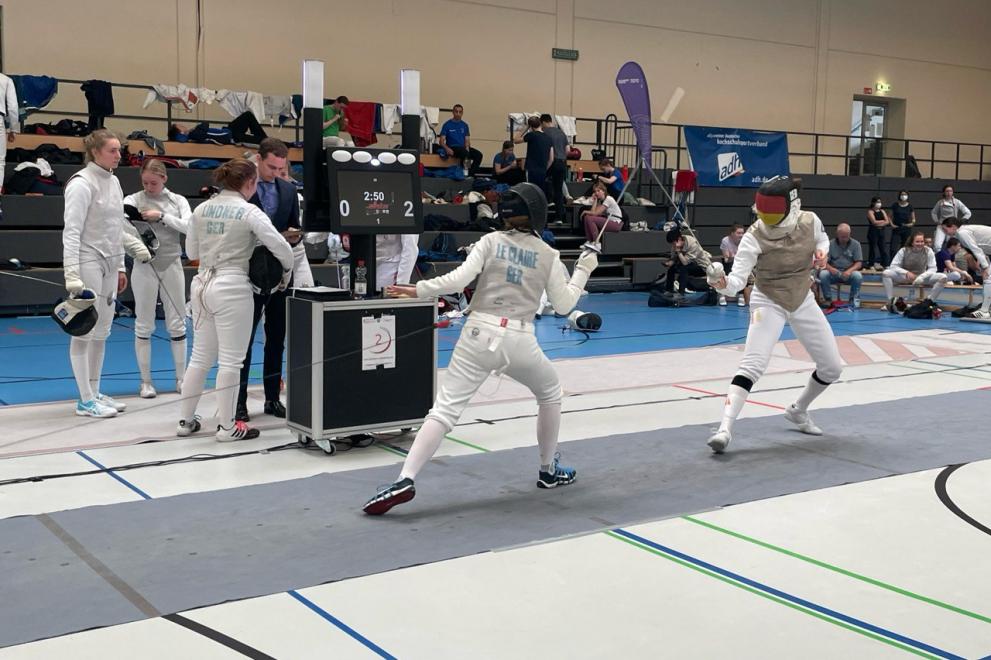 Over the Whitsun weekend, the title of German University Champion was awarded in both the individual and team events at the DHM in Heidelberg. More than 60 teams and over 280 individual competitors took to the floor in Heidelberg this year.

The RUB was represented by two teams and seven individual competitors. Clara Pohl (Mechanical Engineering), Florence Le Claire (Biology and Mathematics) and Katharina Pohl (English and Romance Philology Spanish) competed in both the individual and the team competition in foil. In both competitions there was a very strong starting field with many fencers competing in international world cups as well as championships. In the women's foil team competition, they failed to win a medal after losing to Bonn University in the quarter-finals, finishing in eighth place. In the individual competition, Clara came 34th, Katharina 28th and Florence 26th.
With history and German studies student Carl David Camus, his younger brother Jan Patrick Camus (law), Daniel Weiße (IT security) and Julian Karl (also IT security), the men's sabre team won the gold medal. In the final, after an excellent preliminary round and further very good knockouts, they won 42-45 against the University of Giessen. 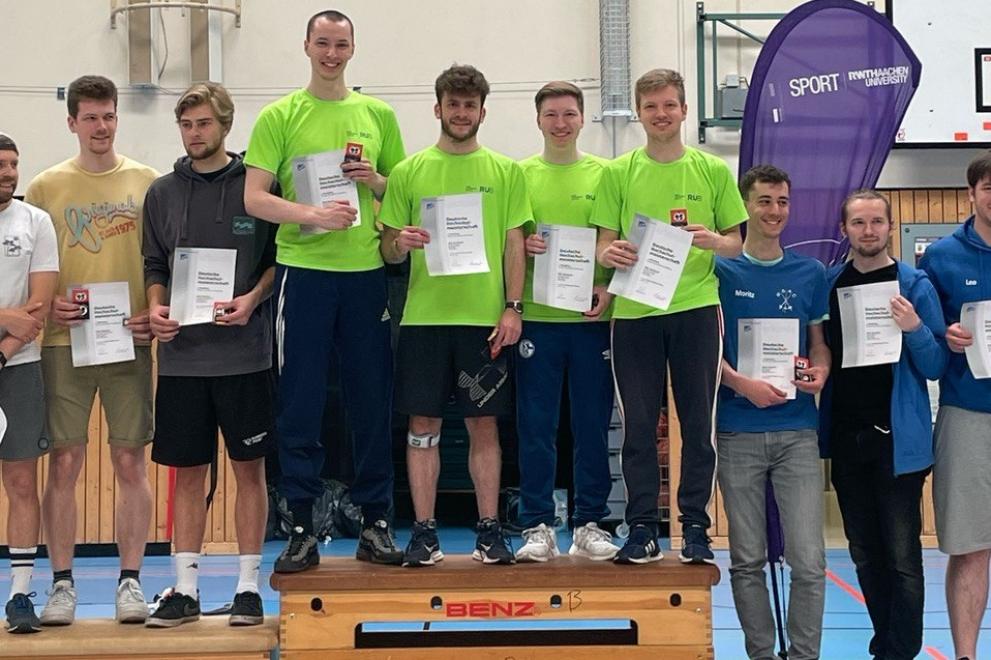 In the individual competition, Jan Patrick was also able to prevail against the twenty other participants and also won the gold medal here. Julian also competed in the men's foil category. He achieved a good 25th place in a very large field of competitors. All in all, the RUB team brought both titles of German university champion in men's sabre back to the Ruhr area.