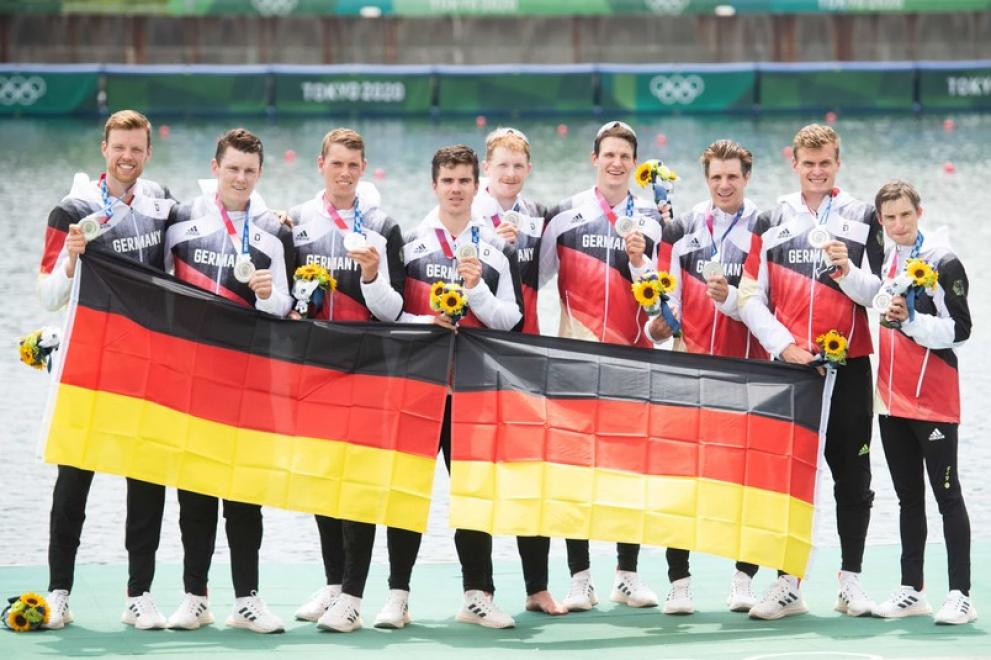 With four RUB students on board, the German Rowing Eight won the silver medal at the Olympic Games in Tokyo.

With Malte Jakschik, Johannes Weißenfeld, Jakob Schneider and cox Martin Sauer, four students from the Ruhr-Universität Bochum were able to contribute to winning the silver medal in the German Eight. A detailed report can be found on the RUB Newsportal:

Report on the Newsportal

In the past, Jakob Schneider (gold at the Universiade 2015) and Johannes Weißenfeld (gold at the European University Championships 2015) have already celebrated successes at university sporting events. Now we congratulate on the Olympic silver medal!