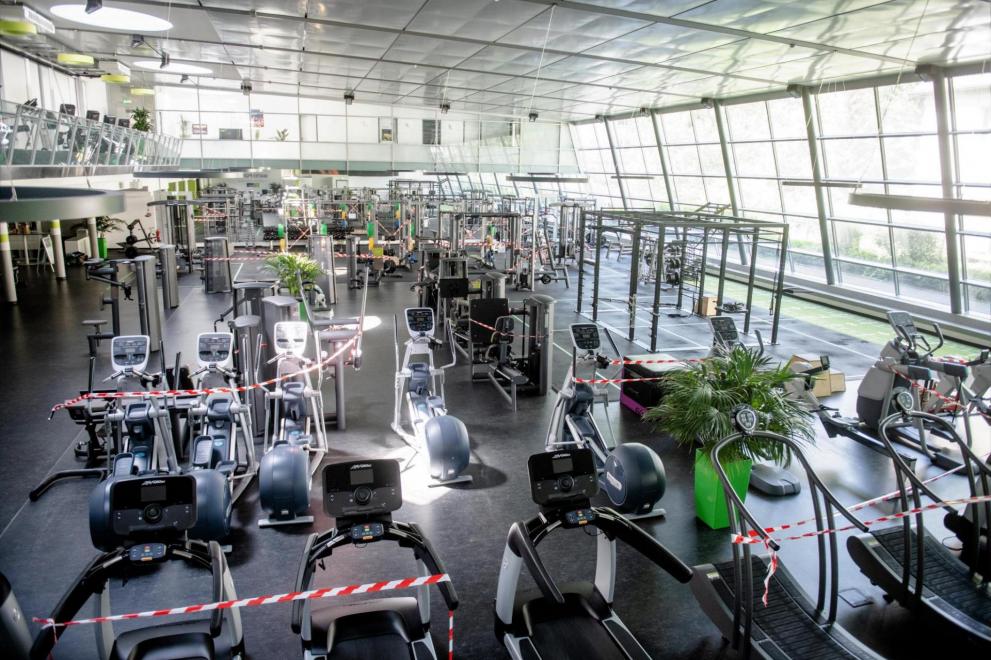 The studio is empty. A small layer of dust has settled on everything. It is quiet. At some point, life comes back. Time for a little reflection.

Also because we would have loved to celebrate Unifit's 5th birthday - there are plenty of reasons. Just the fact that we had the opportunity to set up a university gym of this size in the first place. And finally, the certainty that our training concept has been a complete success.

Because "back then", in 2015, it wasn't quite clear whether training with barbells would be accepted in the long term. The topic of "Crossfit" was just becoming big, athletic training was gradually finding its way out of the shadow of competitive sports. One should not forget that for a long time the barbell was considered a symbol of heavy athletics, which in turn seemed to be reserved mainly for weightlifters, bodybuilders and top athletes in other sports. It was not so long ago that many people actually thought that heavy training was better avoided because otherwise they would suddenly look like a heavy athlete by mistake. Or get back pain. Or both. This view was even held by many gyms - perhaps in order not to scare away the potential clientele, because it required a higher level of professional supervision or because it simply corresponded to the spirit of the age.

Today, it is impossible to imagine modern training without the barbell. In fact, it is often the central pillar of training, and rightly so: squats, deadlifts, repositioning, overhead presses or barbell rowing, for example, allow movements that follow the path of one's own biomechanics - the body moves "freely" in this respect. At the same time, the entire muscular support system is activated. Last but not least, training is possible with high loads that behave exactly like everyday loads in relation to gravity. The acquired strength can therefore be used directly. A strong back knows no pain! Apart from that, strenuous barbell training has an enormously accelerating effect on the metabolism.

We are very happy that our trainers are able to teach scientifically based barbell training and that this is very gratefully accepted by our trainers. This means that we are fully up to date and make an important contribution to the modern training landscape!

That was exactly the idea when we asked ourselves in 2015: How do we equip the studio? Starting with four barbell racks and three press benches, Unifit now has 13 stations for free barbell training that can be used simultaneously.

Of course, weight machines also play an important role in the training. And cable pulleys. Cable pulleys. A good topic for the next reflection.