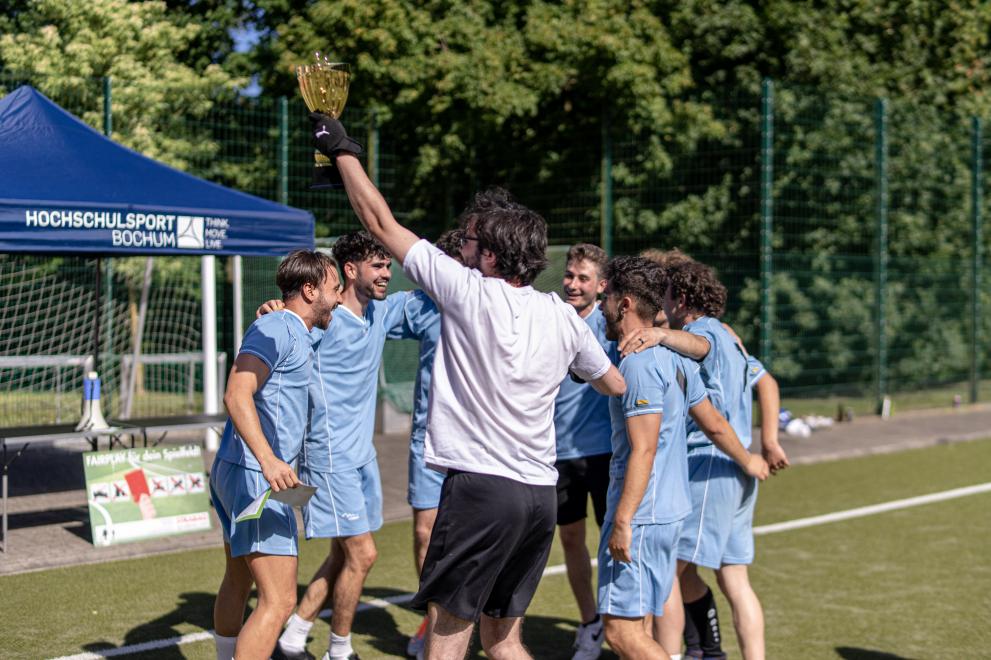 The final matchday of the Uni-League summer season 22 was on the agenda and the action was intense on the pitch.

In the first semi-final, Spiel- und Freizeitfreunde and Glashoch Rangers faced each other. Spiel- und Freizeitfreunde went into the final as big favorites after being the only team to win every game in the preliminary round. However, they had an equal opponent in Glashoch Rangers and after regulation time they only narrowly prevailed in the penalty shootout.

In the second semi-final Despa City and EvH Kickers met. Again, it was a close game in which Despa City won 2-1.
After one team unfortunately gave up without a fight, Inter Bochum was able to secure fifth place relatively clearly, in which they swept Azzurri from the field with 8:4. However, this did not dampen the good mood and both teams celebrated after the award ceremony.
In the small final for 3rd place, it was again very close. In an exciting and competitive game, the EvH Kickers were able to win 6:5 against the Glashoch Rangers and secure a place on the podium.

We congratulate and look forward to the winter season in which it will certainly be hot again.