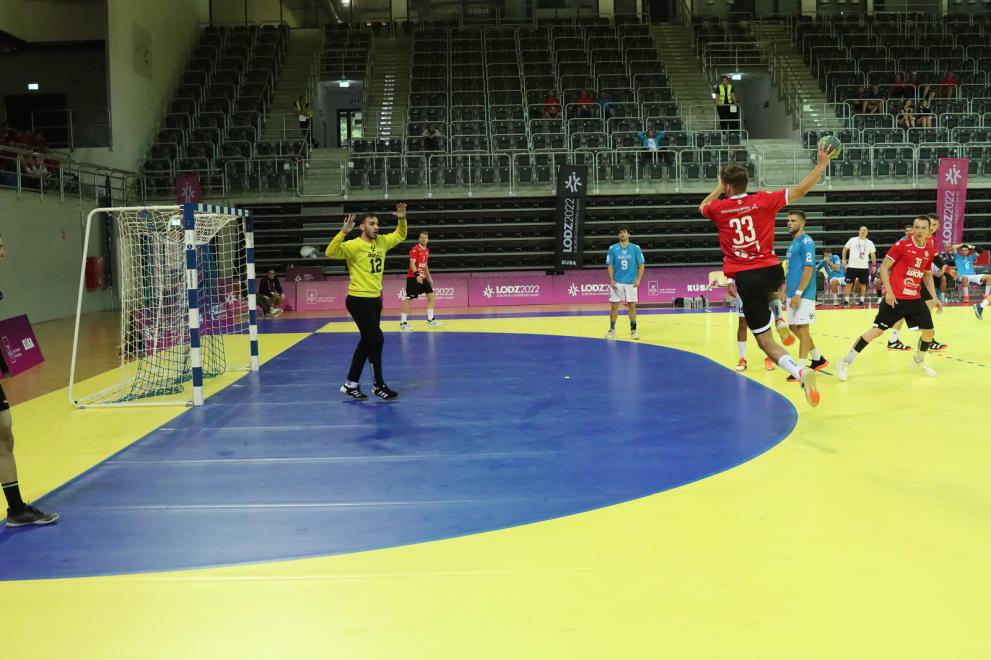 Almost 5.000 participants from more than 400 universities from over 40 European nations took part in the EUSA Games. The European university champions were determined in 21 different sports. Germany was represented in 19 sports with around 400 students and officials from 46 universities.

Both the men's and women's handball teams from the Ruhr-Universität Bochum were qualified. The men's team from Bochum had won gold in Coimbra (Portugal) at the last edition of the EUSA Games in 2018. "The international events of the EUSA with match officials from EHF junior referees are a special experience and offer a huge field of development for all participants" says Dr. Jörn Uhrmeister from the Faculty of Sports Science, who was the coach for the men's team together with Daniel Krüger from University Sports Bochum.

Unfortunately, the quarterfinals were not very successful for the two Bochum teams. The men's game was particularly gripping, as they defied the superiority of the eventual tournament winners Stefan cel Mare University of Suceava from Romania until the very last second and only lost by a razor-thin 31:32 to a physically very strong team with some EHF Cup experience. For the Bochum women, a strong performance by goalkeeper Emma Pape was not enough to hold on to victory against the University of Zagreb (Croatia). Thus, the Bochum teams played for places 5-8. 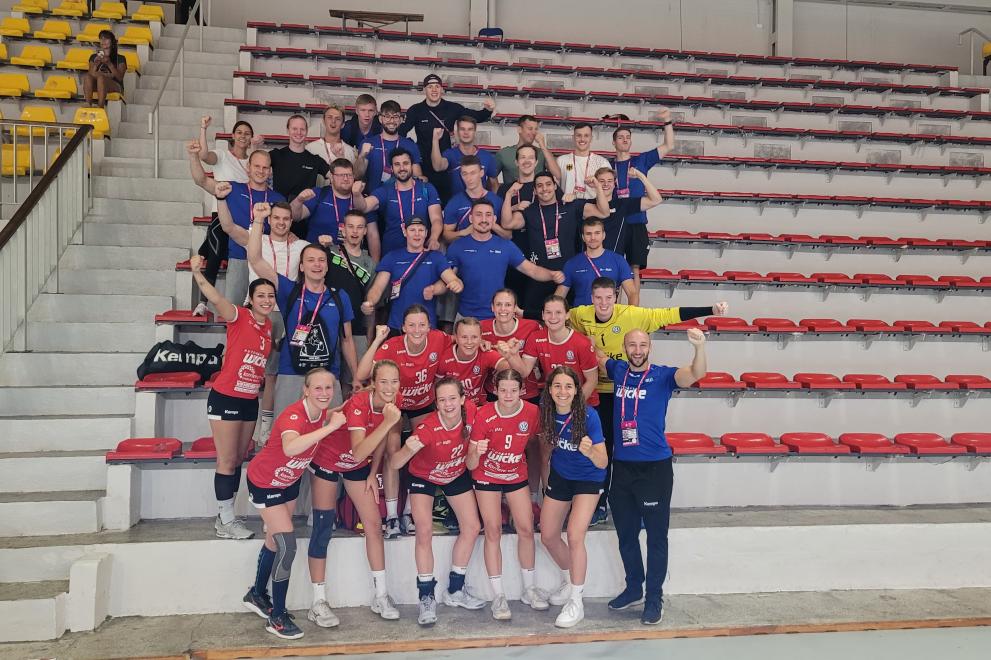 After a short regeneration period, WG Köln beat the Bochum team 34:22 in the women's intermediate round on Friday. The Bochum men were clearly superior against Politechnika Opolska University (Poland): final score 36:19. The women from Bochum lost the match for 7th place on the last day of competition at 8:00 a.m. against Ovidius University from Romania with 21:33. The Bochum men did not use the chance for revenge for the clear defeat in the preliminary round against the University from Valencia. Marked by the week with 6 games in 6 days, the Bochum men lost again (28:31), but this time with a much improved attitude and the obvious will to stand up to the offensive defence of the Spaniards. But it was not only here that the narrow squad and the forced absence of some top players made themselves felt. "When I see that eight first division players from the ABC Braha from Portugal are allowed to play for the team from the University of Minho and that some of our players are not released by their club coaches, then unfortunately some coaches have not understood the possibilities of such an international event", Dr. Jörn Uhrmeister regrets the small squad strength of only 12 active players in the Bochum men's team. In the end, the Bochum men finished in 6th place.

The handball teams are supported by University Sports Bochum, which is responsible for the entire organisation and bears the majority of the costs for sending them. In addition, the RUB International Office, VW Wicke car dealership and the RUB Faculty of Sports Science are important sponsors.