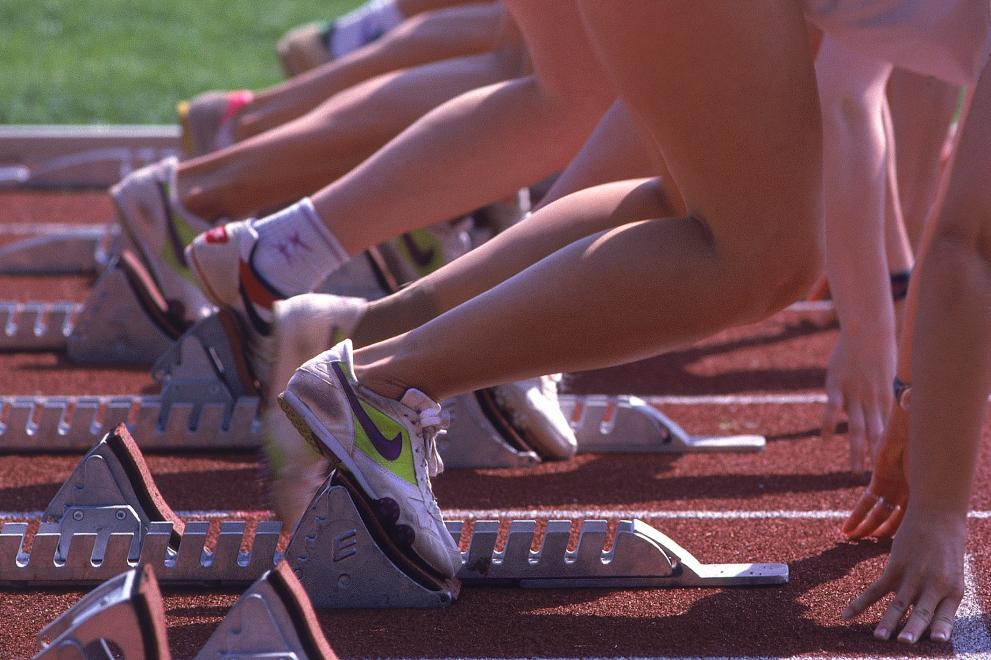 Last Thursday (26.05.2022), this year's german university championships in track and field were held at the Duisburg-Essen campus. A total of 14 athletes competed for the Ruhr-Universität Bochum.

Kevin Ugo and Philipp Trutenat ensured a double victory in the men's 100 m, with a lead of over a tenth.

While Anne Berger was able to soar to a breathtaking height of 4.25 m in the course of the pole vault competition and thus secured first place, Lea Laux just missed the podium. In the high jump, Charlotte Haas and Stina Goldau secured two top eight finishes. Due to bad weather conditions, both remained below their capabilities. In addition to the high jump, Stina also took part in the women's 200-metre race.

In the long jump and triple jump, RUB was pleased with Johann Anders and Felicitas Görz, who placed three in the top ten. As the youngest in the field, Emily Klein was able to gain valuable experience in the javelin throw competition.

Dennis Hannig, the most versatile athlete in the field, represented the RUB in three disciplines. In the discus throw he won the bronze medal and came close to his best performance.

All in all, a very successful day with many noteworthy performances and placements for the RUB athletes.