After the adh-Trophy had to be cancelled in 2020 due to a pandemic, it celebrated its comeback this year at Lake Starnberg, organised by the team of the University Sports Munich. The participating teams could look forward to good weather and an outstanding view of the Zugspitze. A total of 15 teams competed in this year's championship. There were two starting groups, one without spinnaker and one with spinnaker. The RUB team started as the defending champions of 2019 alongside seven other teams in the class with spinnaker. 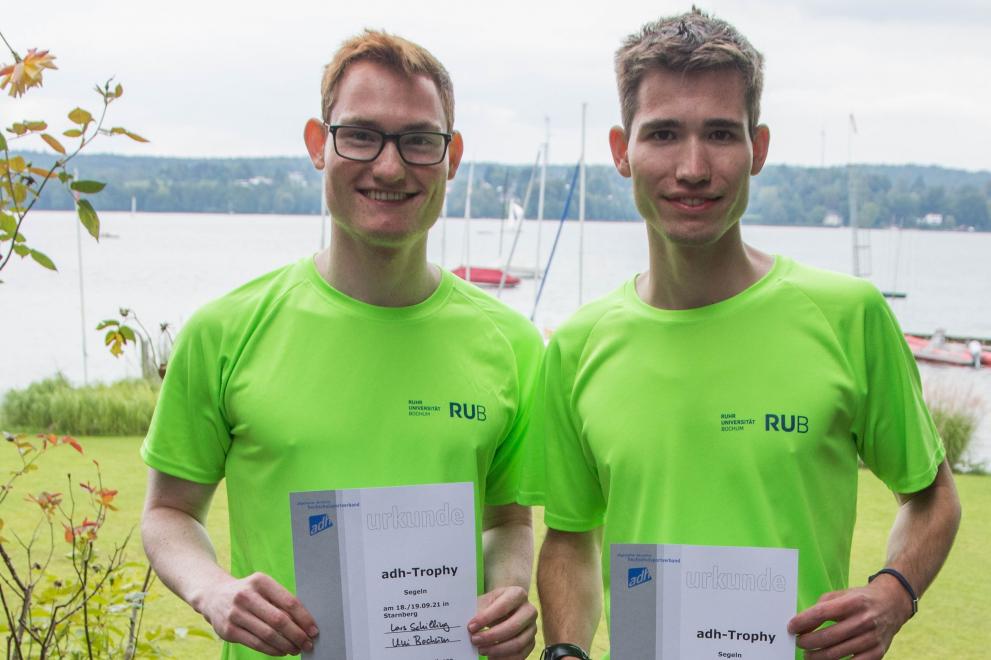 In the class without spinnaker, Christian-Albrechts-Universität zu Kiel won, represented by Miriam Güthe and Clara Trommer. The team finished in the top three twice on the first day of competition and won both races on the second day. This meant that the team from Kiel University also achieved the best overall ranking and was able to take the challenge cup back to Kiel this year.

Next year, the adh Trophy will take place on Lake Constance. Then the University of Bochum will have the opportunity to defend the title again.